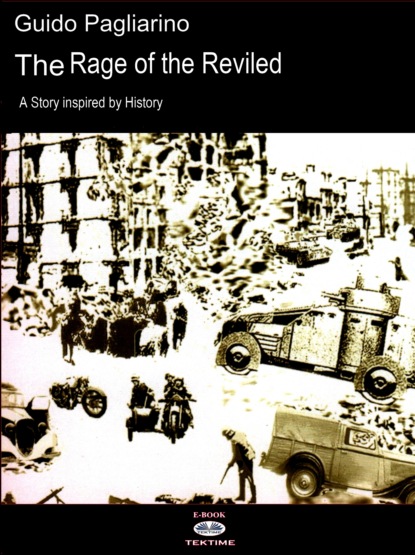 The Rage Of The Reviled

September 26, 1943. Naples is on the verge of rebelling against the occupying Germans. Rosa, a prostitute and black marketer, a confidant of the Fascist political police, is killed violently. Her alleged murderer, Gennaro, is detained and questioned in vain by a still inexperienced deputy commissioner, Vittorio. Shortly after, the insurrection that will go down in history as The Four Days of Naples erupts. The deputy commissioner and Rosa’s alleged murderer, strangely set free by the commissioner himself, join in. Young Mariapia who has been gang raped by the German side, also takes part in the fight, yearning for revenge. Gennaro soon turns out to be related to her. Another murder takes place, and this time the target is a tobacconist who is also related to Mariapia. Historical social fresco with crime elements set in Naples mainly in 1943, during those Four Days in which the city, by itself, got rid of the Nazi occupier. There is an abstract actor, indeed the protagonist, alongside the real-life characters, fury, both the collective wrath that erupts on the field of battle and has as its corollary, on the victorious side, rapes and other bestiality, and the anger that is expressed in the rebellion against personal abuses that go unpunished by the authority and are now unbearable. If an oppressed people can rebel in its own right and rise up and if, as even St Thomas Aquinas admitted, murder of the tyrant is permitted when there is no other way to regain the freedom that God himself has granted the human being, is it lawful or not to kill a criminal that justice cannot reach and strike, who continues to vex, exploit and kill others inside his own neighborhood? Is someone with no other possible defense, and who resorts to extreme defense guilty? And, if so, to what extent? This is the private dilemma that runs through the novel as it traverses the public story of Naples’ rebellion against the Germans. The scene opens on the violent death of Rosa, a wealthy prostitute and black marketer, a former confidant of the Fascist political police. Gennaro, her alleged murderer, is detained and questioned in vain by a still inexperienced deputy commissioner, Vittorio D'Aiazzo. Very soon after, on September 26, 1943, the insurrection that will go down in history as The Four Days of Naples flares up. The deputy commissioner himself and, strangely, having been freed by the chief commissioner himself, Rosa’s alleged murderer, also join it. Another participant in the battle is the young Mariapia who, having been gang raped by the Germans, yearns for revenge. At some point during the story, Gennaro turns out to be related to her. During the clashes another murder takes place which, at least apparently, like the death of the prostitute, is not related to the revolt. The victim is a tobacconist, Mariapia's cousin, slaughtered by someone while he was defecating, and who then cut off his testicles. At a certain point the two deaths seem to be connected, because the deceased were not only both linked to the Camorra, but also to the office of American military secret services, the O.S.S. Several characters enter the scene between the various battles, such as young Mariapia’s parents, her paratrooper brother already reported missing in El Alamein but who reappears alive and very active, the willing anatomopathologist Palombella, the fat and phlegmatic warrant officer Branduardi, the valiant deputy commissioner Bollati and, a secondary but fundamental character, the elderly bike repairman Gennarino Appalle, who discovers the tobacconist’s corpse and, at the end of a clash between insurgents and German SS in the street in front of his shop, goes out onto the road and, breathless, alerts deputy commissioner D'Aiazzo who took part in the clash together with his adjutant, the impetuous Brigadier Bordin. The tobacconist had been a foul person, once a batterer for the Camorra, and Translator: Barbara Maher

Читать онлайн «The Rage Of The Reviled»