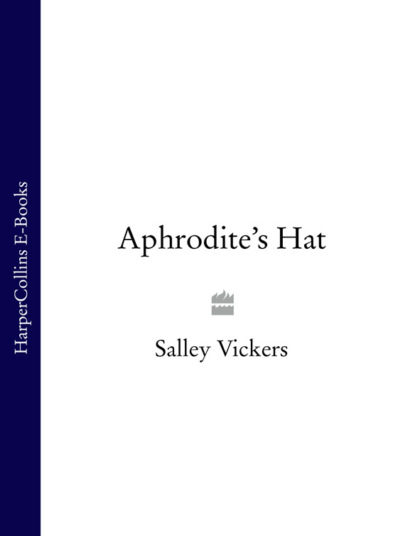 A wonderful collection of stories from the much-loved Salley Vickers.The stories in this long-awaited collection by Salley Vickers all deal with psychological aspects of love: love given and withheld, love craved and lost, love met and disappointed; the differing shades of loves between friends, between parents and children, between children and other adults; love even, in one case, for a pet.Psychologically acute, sharply written in lucid and often witty prose, these stories, set in Venice, Greece and Rome as well as London and the English countryside, take us into the complex geography of the human heart. Sometimes joyous and humorous, sometimes melancholy and poignant, this collection confirms Salley Vickers' reputation as one of our most subtle and engaging writers.

THE FALL OF A SPARROW (#litres_trial_promo)

‘And what,’ asked Mr Pullen, nervously shuffling his papers together on his knees, ‘is to be done about Mrs Radinsky?’

It was the end-of-year meeting of Chesterton Court’s Residents’ Association and thanks to Mr Pullen’s patient steering they had arrived finally – and thankfully, thought Clare Trevellyan – at ‘Any Other Business’.

The atmosphere in Mr Pullen’s cramped flat – where in deference to his role as chair the residents’ meetings were always held – became uneasy. Mr and Mrs Hampshire, who, by virtue of their owning two of the penthouse flats, were accorded double voting powers, started forward on the perilously fragile chairs provided by Mr Pullen. Don Parsons, who had been hoping to get away sharpish, glanced anxiously across at his neighbour Susan Macclesfield and, catching her eye, sighed audibly. Other residents, who had been frankly dragooned into coming, shifted irritably, keen to get back to addressing their late Christmas cards.

Mr Pullen retrieved his glasses from the pocket of his cardigan and studied the past minutes as if refreshing his memory over what had been agreed when the topic of Mrs Radinsky last arose. This was purely a delaying tactic. He recollected all too well. And knew who would be asked to bear the lion’s share of responsibility in dealing with her.

Chesterton Court had not always been the salubrious establishment it now was. As with so many formerly rough areas in London, it had ‘come up’. The elegant white-stuccoed building, now boasting a live-in caretaker and a well-maintained garden, was once the shabby quarters of a housing association. Every previous occupant had long departed, except Mrs Radinsky.

Mrs Radinsky lived on the top floor, in number thirty-seven, in what was now described as a ‘penthouse studio’. Nobody knew the precise age of the occupant, but it was guessed she must be in her seventies. This did not stand in the way of Mrs Radinsky’s pursuit of her professional activities. In the past, no one at Chesterton Court had cared, or even noticed, that numbers of gentlemen callers regularly made their way, in those days up several flights of stone stairs, to Mrs Radinsky’s flat, where they stayed, perhaps an hour, before letting themselves discreetly out again.

The procession of callers had not with time abated. If anything, numbers had swelled. Men of all ages, some surprisingly young, made their way, by means of the newly installed lift, to the sixth floor and, after a suitable lapse of time, down again.

Some of these visitors were seen carrying bottles of gin or vodka. This in itself would not perhaps have aroused hostility were it not for the fact that quantities of empty bottles were found, regularly, piled outside the waste area with no effort made to dispose of them in the environmental bins. Mrs Hampshire claimed to have stumbled on one when returning from a performance of Swan Lake and had given herself a nasty cut, said to have turned septic. She was now kicking herself that she had allowed the wearing of conspicuous plasters, which had been kept up for several weeks, to lapse that evening, forgetting that the topic of Mrs Radinsky was likely to come up at the residents’ meeting.

She made up for this by rubbing her ankle vigorously while at the same time voicing an opinion. ‘We must get the council in. She is breaking the law.’

‘Technically not,’ said Mr Pullen, who had once had some legal training and had paid for it ever since by getting lumbered with this sort of job. ‘The garden area is ours so she is not infringing any actual, er, law.’

‘My cleaner says there are rats,’ retorted Mrs Hampshire, refusing to be sidetracked by reason.

‘Rats?’ Clive Butterworth looked alarmed. He was a tall young man, with a tendency to nervous rashes and a pathological horror of rats. So serious was this condition that he had abandoned a first degree in Eng. Lit. for one in Environmental Studies after he was asked to address a seminar on 1984.

‘Rats,’ repeated Mrs Hampshire with ominous firmness, sensing she had collared an ally.

‘Rats are health and safety,’ Mr Pullen explained. ‘They are not, sadly, illegal.’ He smiled at his little attempt at lightening the tone but, getting no response, quickly readjusted his expression to one of grave concern.

‘What is it she does, anyway?’ asked Clare Trevellyan, who was slim and pretty, with the easygoing kindness of the young, before time has had too much of a go at them. She was not strictly a resident at all but had come along on behalf of her cousin, Hetty, whose flat Clare was using while Hetty, single-handed, was sailing round the world.

An atmosphere, largely emanating from Mrs Hampshire, at once fell upon the room. Really, if this young interloper didn’t know …!

‘But we don’t know, do we?’ Clare Trevellyan persisted, responding to the unstated reproach. ‘I mean she can’t, really, at her age still be on the game.’

Clive Butterworth giggled and Mrs Hampshire shot him a warning look which suggested that she would not tolerate any backsliding.

‘Whatever she is up to,’ she said, giving the phrase sinister emphasis, ‘it is a condition of the lease that the apartments are not used as places of work.’

This was a mistake. Everybody knew that any number of the residents carried out small self-employed businesses and relied on each other for assistance with computer shut-downs, blocked drains, late tax returns and Feng Shui. The mood of the room began to disassociate itself from Mrs Hampshire and sensing this she afforded Clive Butterworth a fickle smile.

But Clive, unwilling to be thought a wimp by Clare Trevellyan, had in the blink of an eye transferred his allegiance. ‘In that case, as I understand it, half the building would be asked to leave.’

‘In any event,’ said Mr Pullen, he hoped placatingly, ‘Mrs Radinsky is not a leaseholder. As you know, she is a long-term tenant. It is, I’m afraid, up to us to persuade the council that it is time for her to be re-housed.’

‘What do you suppose she does do, though?’ Clive asked Clare. As the youngest members of the meeting, they had elected to take the stairs, leaving the others to pack themselves by turns into the inconveniently small lift. Clive, who was behind Clare, observed her ankles with pleasure as she ran down the steps.

‘Don’t know,’ Clare said over her shoulder. ‘And don’t care. I just didn’t like that dreadful creature getting at the poor old duck.’

‘I don’t know that “duck” describes her,’ said Clive. He was a quiet young man but he noticed things. He had noticed Mrs Radinsky’s callers. It was hard to know what to make of them, but they appeared to be men of the world.

A few days later, he bumped into the object of these calls herself. Mrs Radinsky, carting several bulky bags, was getting into the lift. Clive held the door for her and then, not wanting to seem to avoid her – though for the sake of fitness it was his habit to take the stairs – followed her in.

She was a small woman, with remarkably black hair, well-carmined lips and bright hazel eyes. The eyes put Clive in mind of a bird’s. She smelled of something powdery, which might have been marguerite but was in fact lily-of-the valley and reminded Clive of his grandmother. She was wearing red suede gloves, what appeared to be a man’s tweed coat, cut down, and a fluffy red scarf. Nothing about her, unless you counted the lipstick, looked even faintly racy.

The lift took them to the top floor and again Clive held open the door. ‘Thank you, dear,’ said Mrs Radinsky. ‘Come in and have a glass of something, if you like.’

Clive hesitated. There was the question of the rats. His curiosity was not so strong that it outreached his timidity. But then the thought of telling Clare Trevellyan that he had penetrated number thirty-seven galvanised him.