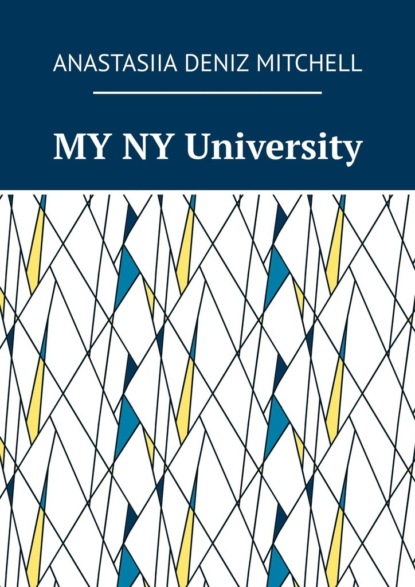 Have you ever dreamt of love? I bet you have!You can meet your special someone practically everywhere: at school, at work, or at university!Curious?Then, plunge deeply into Ella’s adventures full of vivid emotions, disappointments (and appointments!), joys and sorrows mixed with the girl’s rage to live!That’s where the main character finds her true love!Enjoy the book!Yours,Anastasiia Deniz Mitchell

Have you ever dreamt of love? I bet you have!

You can meet your special someone practically everywhere: at school, at work, or at university!

Then, plunge deeply into Ella’s adventures full of vivid emotions, disappointments (and appointments!), joys and sorrows mixed with the girl’s rage to live!

That’s where the main character finds her true love!

My story began when I was a third-year student. It was a long story. This is a story that has been continuing up to today. I must say that it has ended happily, and my memories are still alive. They’re very close to me. So close that I recall every moment of the story with great passion. I’ve always loved him, and I love him now. I’m really grateful for all trials of life. I bless my stars for everything I have. And the more I bless, the more I see how happy I am.

I came from London, the UK, to study in America on a grant. It was much credit for me, so I didn’t miss a chance to visit a new country, with its rich culture and nice people.

Having studied for two years already, I thought I really deserved to cross the line. To be honest, the two years were rather exhausting than boring. But who isn’t in the same situation as me now? I guess everybody is. I’d already had lots of subjects. PE, for example. It’s both tiring and boring. I have never liked doing sports, but people say it’s good for your health. I don’t say «no’.

I did well in almost all subjects. Except PE. So what? What should I do if I have never had any great athletic ability? Nevertheless, it doesn’t mean I’m overweight. I’ve got a slim build despite everything.

Although I never liked new subjects. Actually, I’m always suspicious towards something new. And old-school one. Maybe.

And that term, which was the first one of the third year, we had a new subject – History of English Literature. Imagine – a young man would be the teacher! Well, young men rarely go in for teaching languages, especially literature. But why not? When I graduated, I’d love to be a teacher too.

I adore teaching. No matter whom you will teach, it’ll always give you a lot of pleasure. And no matter where you will teach – at school or at university – you’ll be satisfied with what you do.

Besides, I adore studying. I simply love reading and writing something down. Especially when this «something’ is about some facts from real life.

Seniour students from our university said that the new teacher was thirty-five. He was said to be divorced. So, he’d be a good bait for young girls. Rubbish! Why should I believe it all? First, it’d seem forbidden for teachers to have an affair with their students. And second, it’d seem forbidden for students to have an affair with their teachers. And third, why gossip about the teacher?

I also heard that his wife wasn’t a good one. So, that was the reason why he was divorced. Poor him! He must’ve deserved the best wife ever..!

Frankly speaking, there were lots of gossips like that. I believed no rumour. It’s quite impolite of a student to be gossiping about a teacher, especially if he’s a young professor.

Someone was saying he was a dangerous one. I wondered why. They said he gave the students no higher than a C. A C? Why such a low grade? Why flunk a student? And if this student tried hard? So hard that he or she would worth more than a thousand A’s? I don’t know. It would be rather cruel of him.

For that reason, I didn’t feel like going to attend History of English Literature. Actually, I’m a person who isn’t comfortable with every single change. But you need to start somehow anyway!

That’s how I started a new subject.

While I was thinking about his being «so dangerous,» he came in to the room. Well, we didn’t have classes in large lecture rooms because there weren’t many of us in the year. We were only twenty (such a small number for an American university!).

«Hello, everyone! I’m happy to see you here! So, let me introduce myself. My name is Andrew Ledger. But just call me Andrew. No need to call me «Mr Ledger’ or something like that. Is that clear to you..? Good. Well, how’re you? How’s your life?»

While speaking, he was smiling! A «dangerous» one, yes. Maybe, he’ll show that when it comes to our exam? Thank God, we have four months ahead of the thing.

His name was… Andrew? Not that Prince Andrew from my hometown? No way…

Of course, everyone said they were doing well. No one dared say they were in bad mood or something similar. No one wanted a C, D or E for the exam.

Then, he said: «Let’s get to know each other. What I offer you is a kind of a game. You each write a short story about yourself and then give it to me. Please, don’t write your name on your sheet of paper, so you’ll do it anonymously. I read them aloud, and you’ll try to guess whose story it is. And I’ll check how well you know each other at the same time! Deal?»

Oh, my God! His speech was so friendly! And actually, I… liked him! No professor had been talking to the audience in such a friendly manner!

I wrote my story and handed it in to Andrew. Although it was rather strange to call him by name, not by saying «Mr [someone]».

«Well, I now have all your stories. The first one is: „I’m a clever girl, and I like studying a lot. I’ve read a thousand books, for me to be educated. I’ll promise I’ll be the best..!“ Hmm, I don’t even know if I should read on. Maybe, you, guys, will try to guess who this year-mate is?»

And then… everyone in my group pointed at me. I was on a grant anyway.

Actually, there were only three of us who received grants. But I’d been trying to show I was the cleverest one. Why? I myself don’t know that! A strange thing…

«Well, nice to meet you, Ella. Now, let’s discuss your short story. Why did you wrote you are clever? Where’s the proof?»

I answered: «The books in my home are the proof.»

«Of course, not. There’re many other proofs.»

He was definitely trolling me! Maybe, that’s why he was a «dangerous» one! Did he like trolling every single student?

«What? Poetry? And can you read us some of your poems?»